Of trains and things ...

Trying to lay down some ideas for the future, as I have a smallish gaming table - large tank battles are not too feasible; so I was thinking of alternatives:
- commando raids, coastal or by parachute
- resistance attacks
- platoon size battles
To provide some targets and also to give some more scenic items, I thought some railway items would be useful; so recently scoured the local Toy & Train fair for some cheap track and some continental rolling stock.  A passenger or troup train or even generals train .. 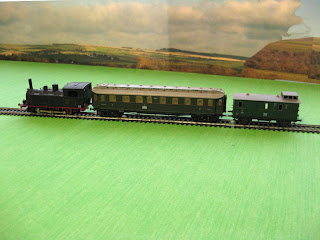 Or alternatively a couple of wagons for a goods train .. 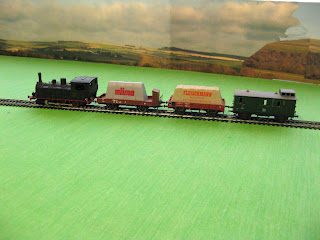 I'll also being looking for some other goods vans and flat wagons for a little variety. The track will be based and the rolling stock repainted as needed.