Off they go paddling away to somewhere .... 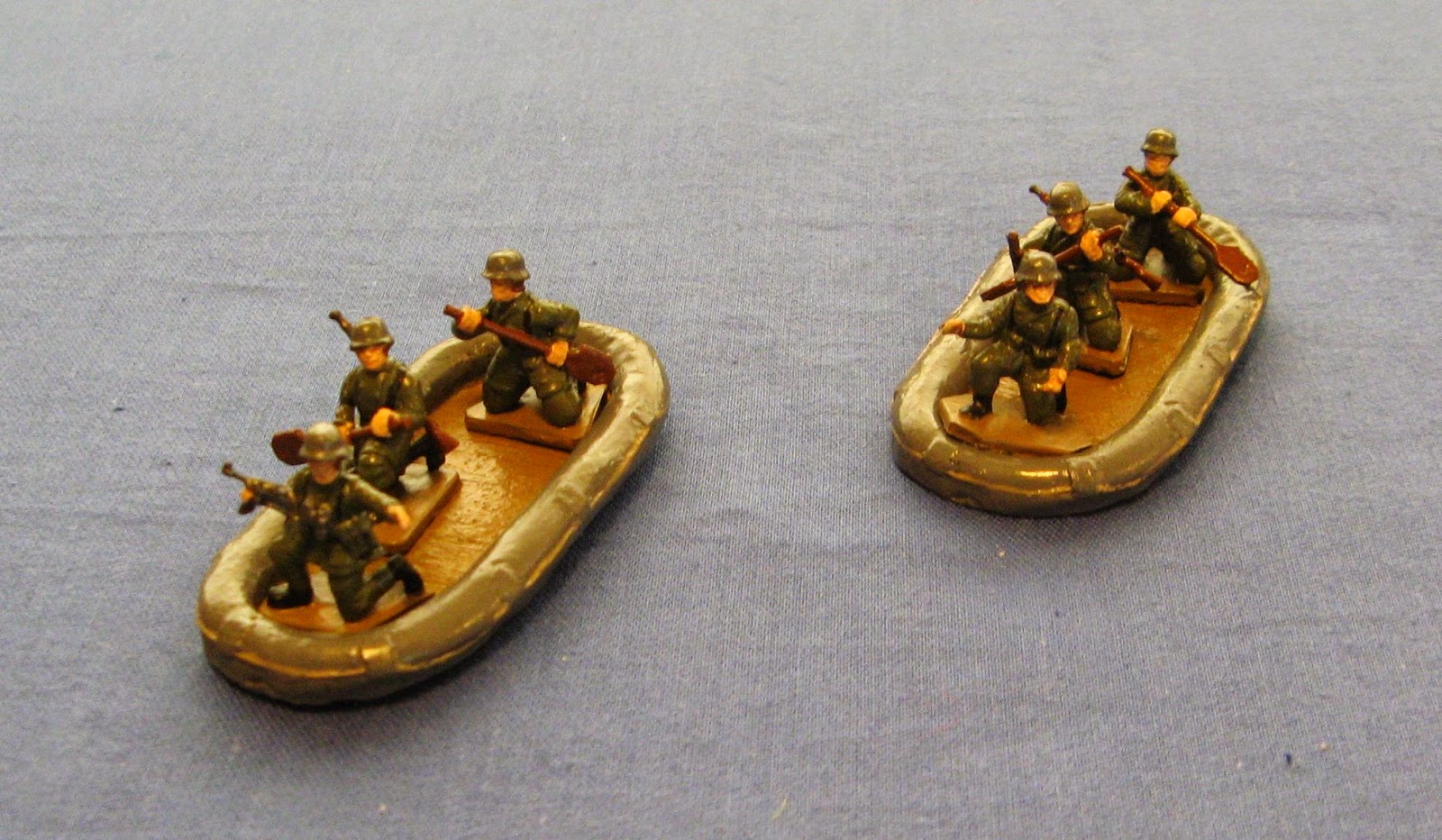 A couple of transport items for my 1940 home guard games. These are from Lledo. The taxi was rather high so I lowered the roof and added a driver. The bus has had the sides repainted to be more neutral and driver plus a couple of passengers added. 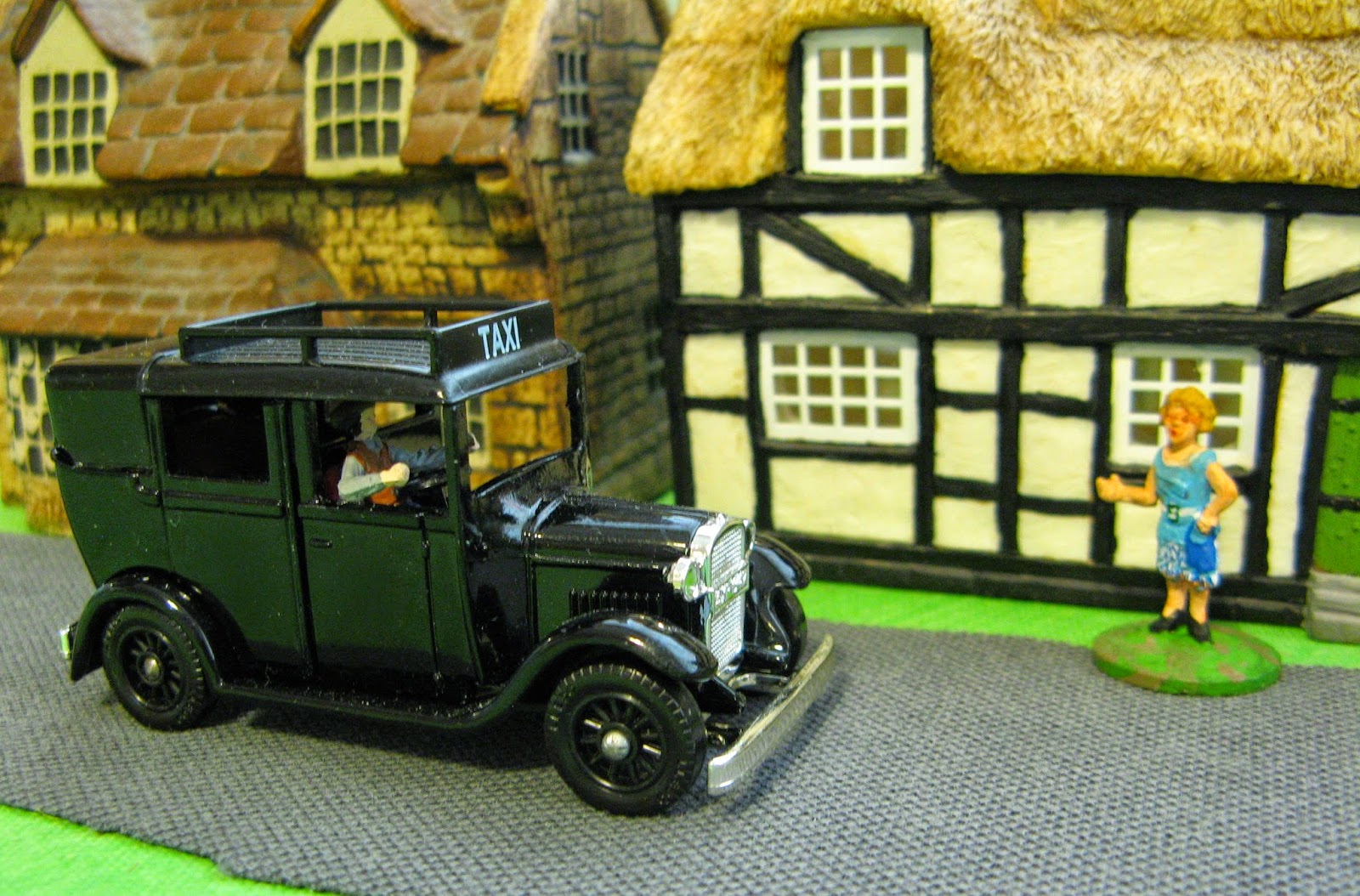 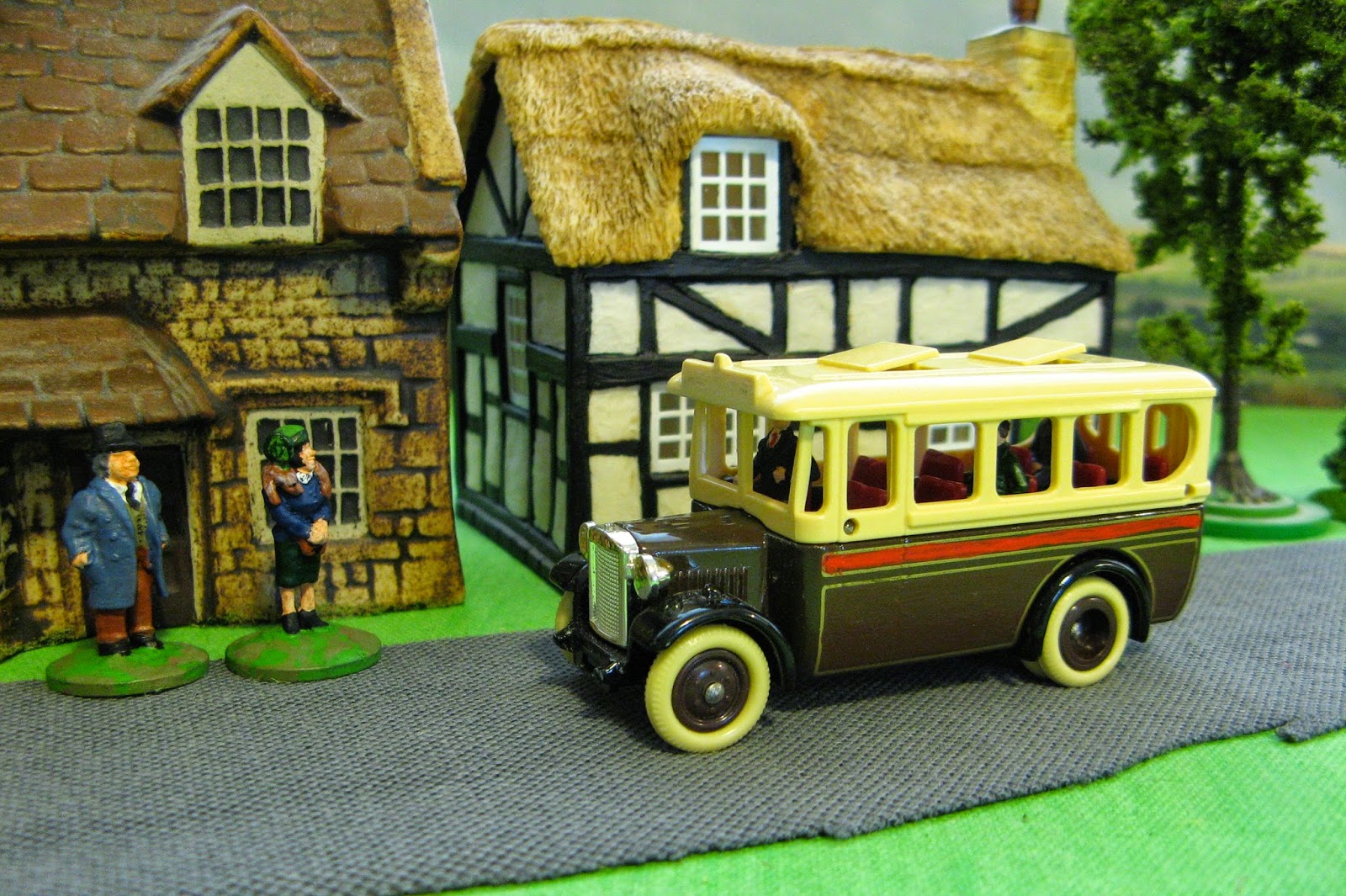 Had a couple of resin castings of inflatables, but was stuck for some chaps to put in them.  Having made up some Valiant paratroopers, left over were some kneeling figures - - just what I needed. So with some heads from spare Valiant german infantry made up some guys with paddles (paddles made from cut down small dental brushes). Still need some work to finish off...... 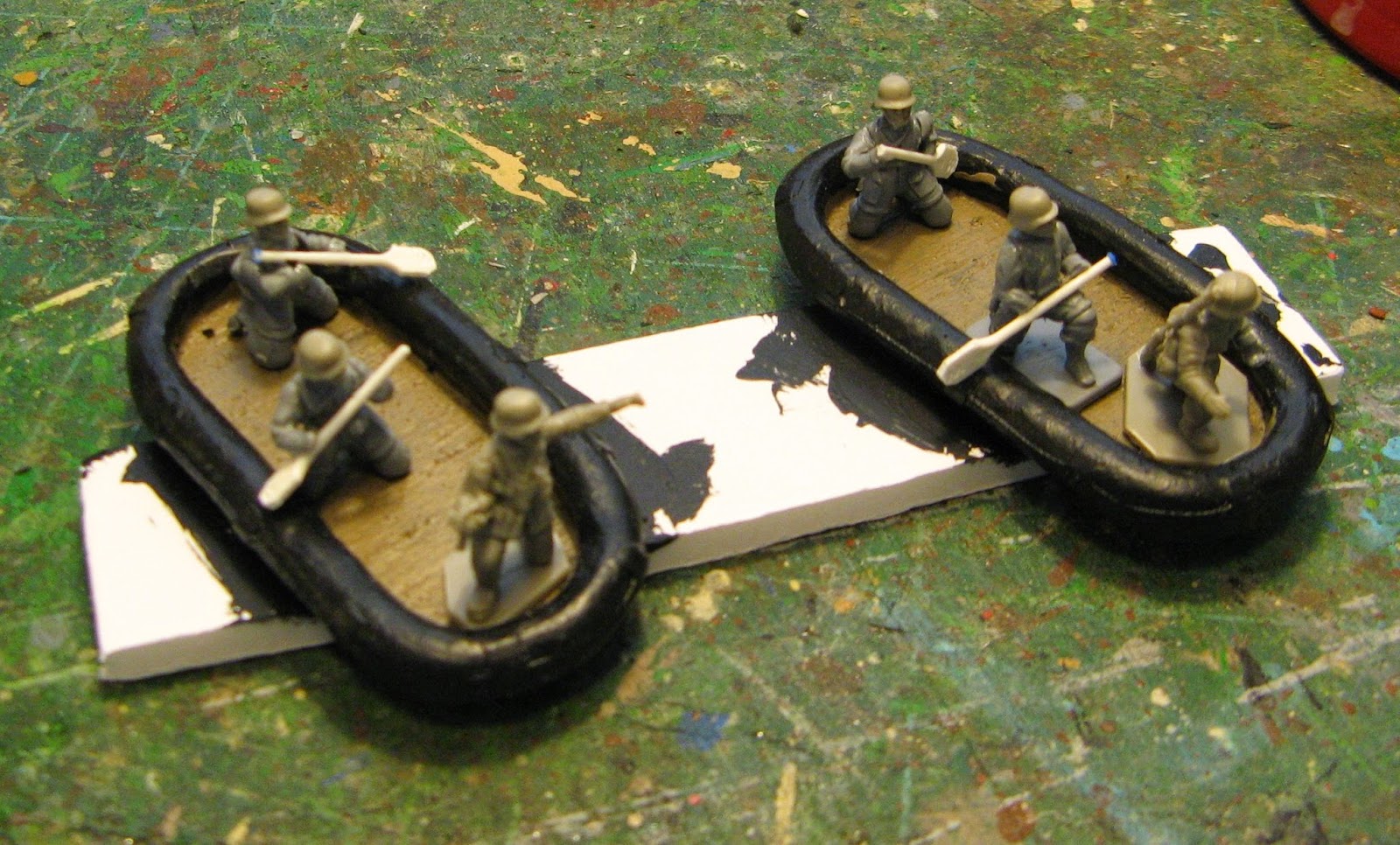 A couple more additions for UK civilians, this time a nurse and policeman (from Irregular Miniatures) 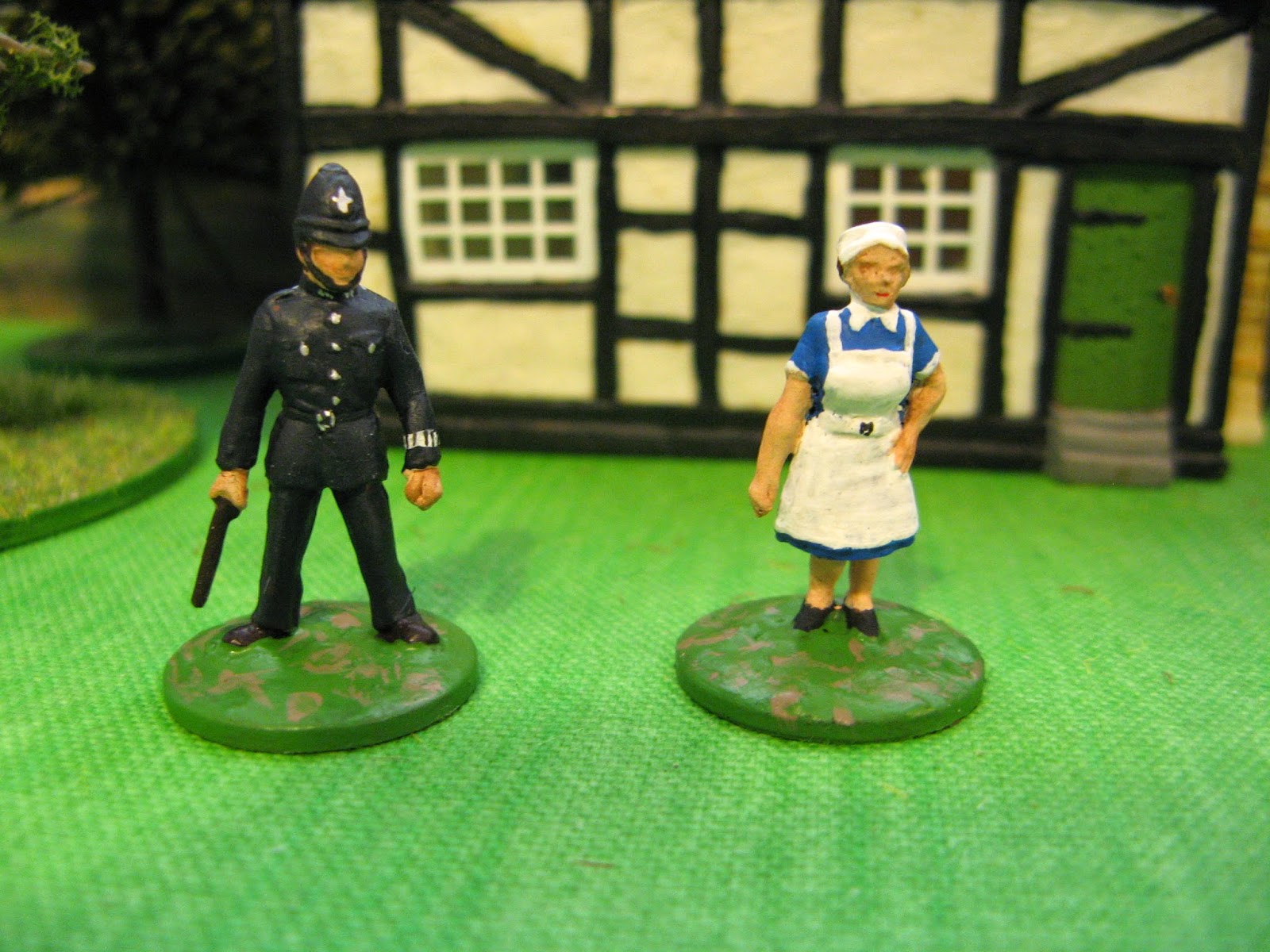 To finish off, I filled in a few gaps and added some more bits of spare plastic offcuts to the deck gun. Then a simple paint job. Here 'tis 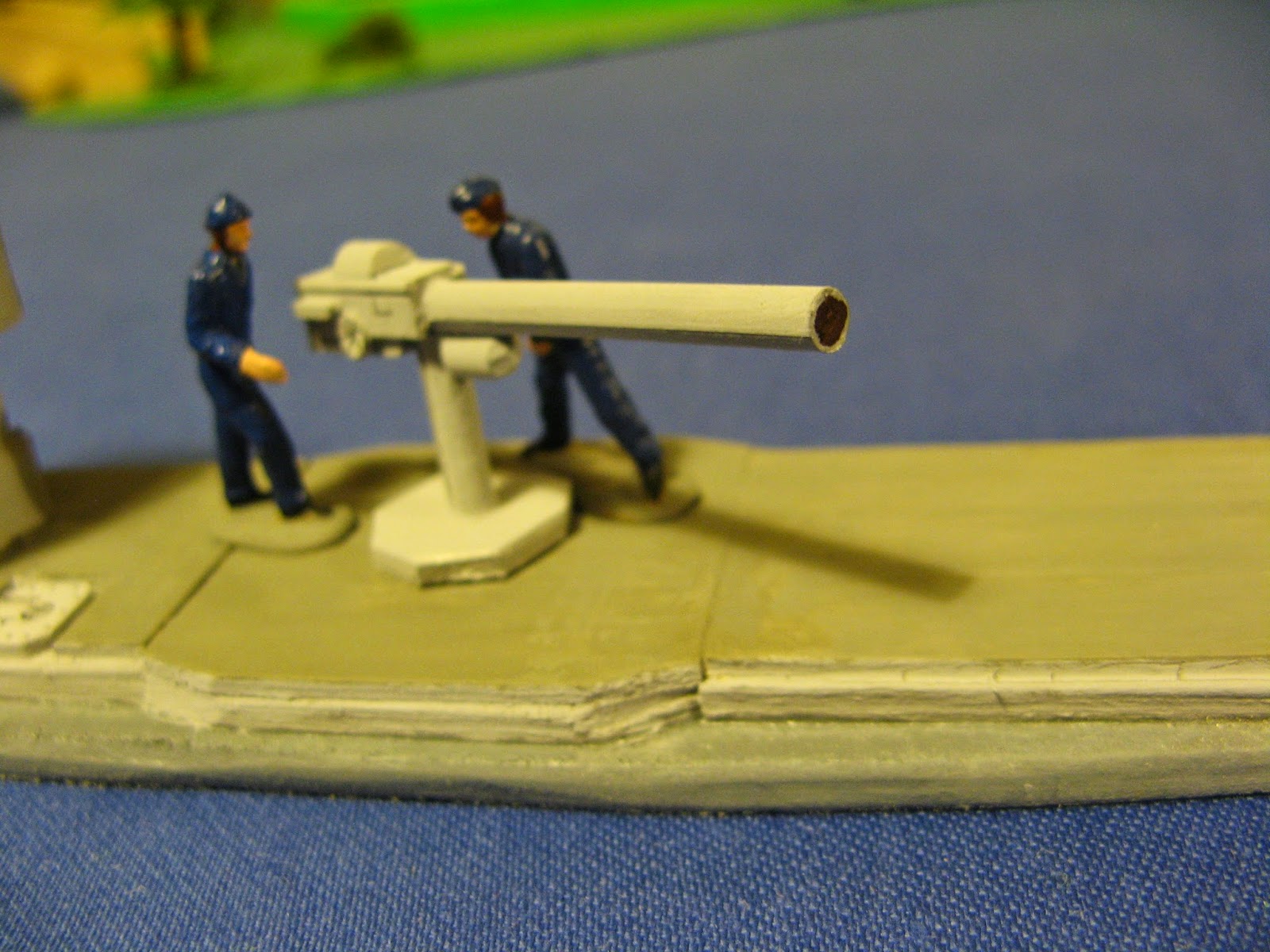 ready for use in story line posts and games; now of course I'll need a suitable jetty/wharf or such for submarine ..... more to do :)
Posted by tidders at 4:11 AM No comments:

I've done a bit more work on the submarine, to add some height to the hull to get the deck on ..

I've left a couple of gaps in the deck to allow for hatches. I also made the deck gun capable of movement by using some thick wire though the gun base and a hole in the deck/hull. So a little bit more detailing to do, then it'll be time to paint it.

I'm making something a little different, sparked by possible story lines on the Somewhere in England blog. This time a submarine !

The submarine is to be generic, so could be shown in use by either side - for story line posts or game posts (attack on submarine in dock ...)

Off to the scraps box (card, sprue and plasticard) to make a conning tower and simple deck gun, shown here with some 1/72 figs. 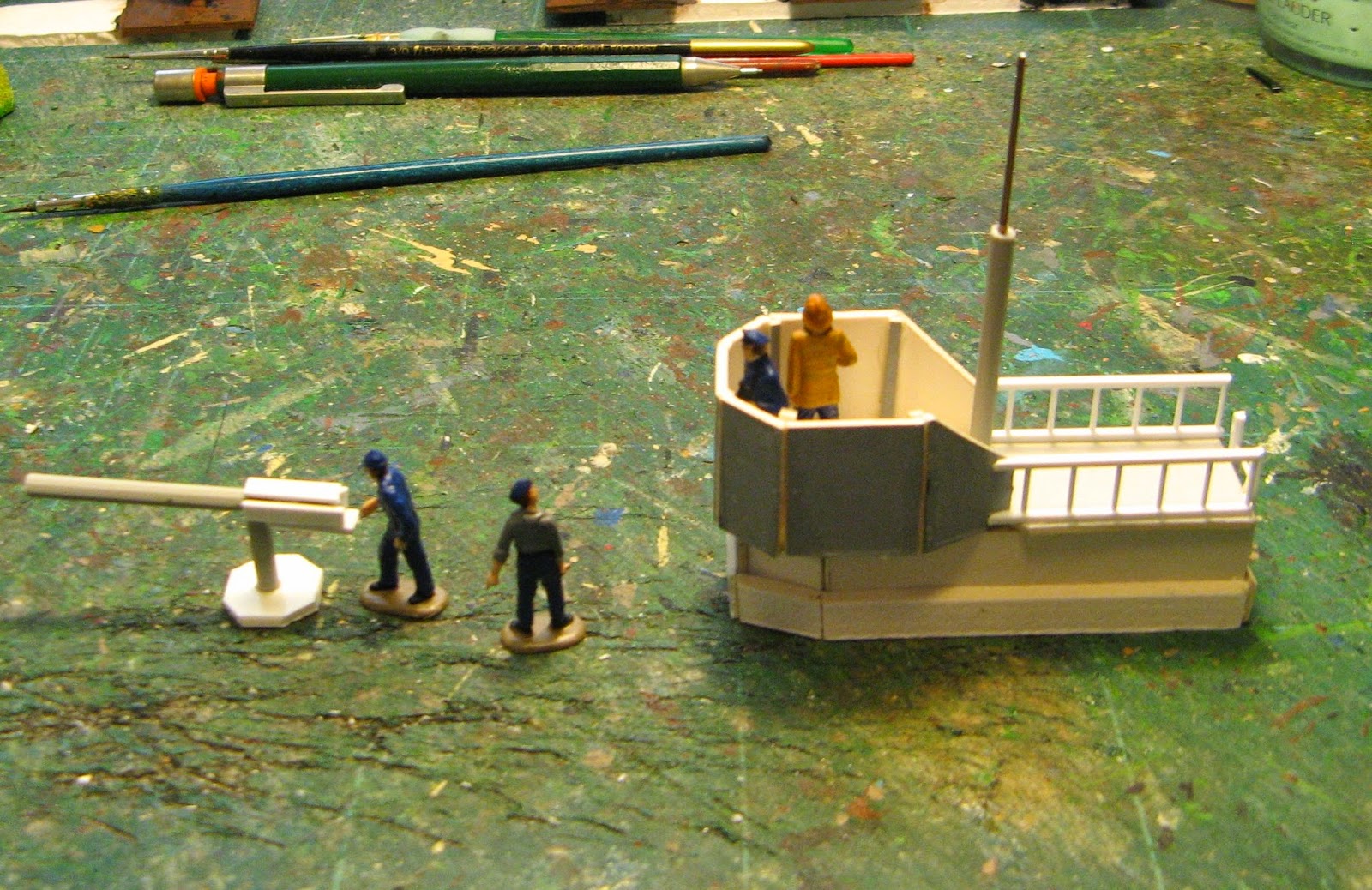 I marked out a base hull outline on some 3mm MDF and cut it out, trying out the placement of the conning tower and deck gun.

Overall length is 20", a smaller one used for coastal actions.
Posted by tidders at 6:14 AM 5 comments: