But meanwhile whilst the RAF prepared to bomb the gun position.

Alain Cardin, member of Charlie Group, was checking on his sheep a few miles North East of Nouvion. 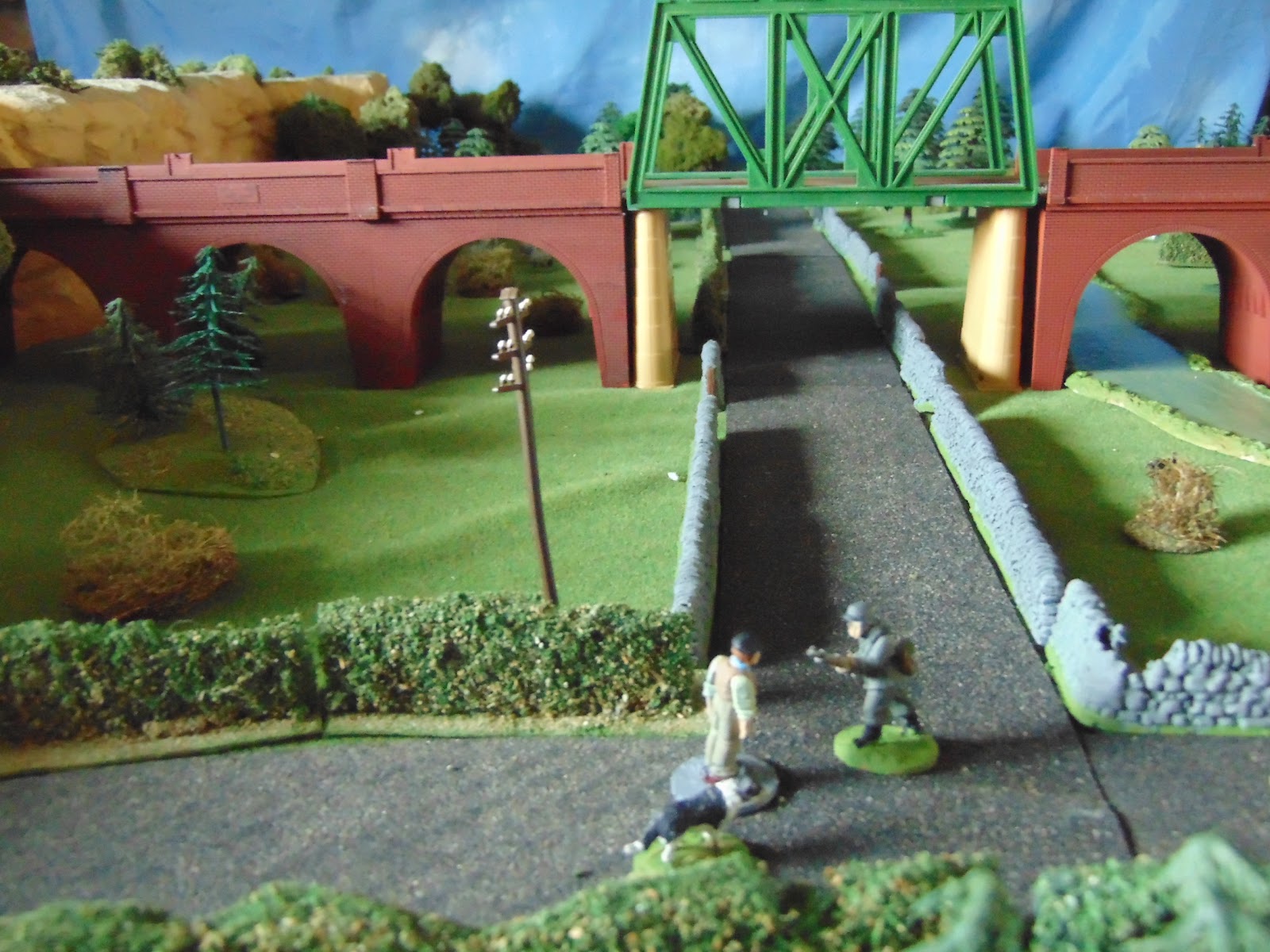 The Road Block was new, but his papers were good and he and Margarete  were allowed to pass.           As he walked down the road he checked his surroundings. The sentries on the bridge were in their normal positions, and would as usual move out of the way when the bell rang warning of a train approaching the narrow bridge.
As he checked on his small flock, a patrol passed by, apart from a quick look, they ignored him, recognising him from previous visits. 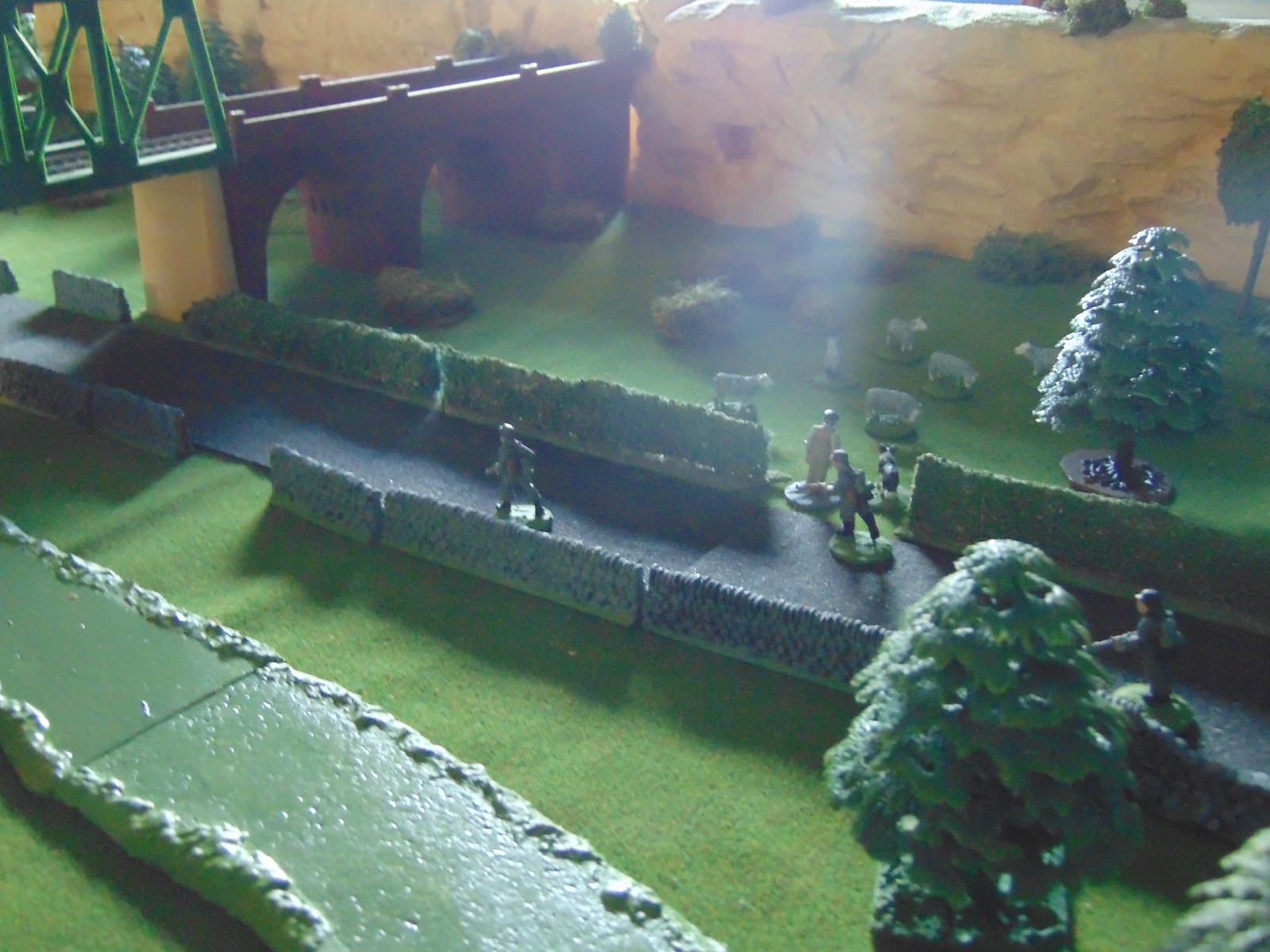 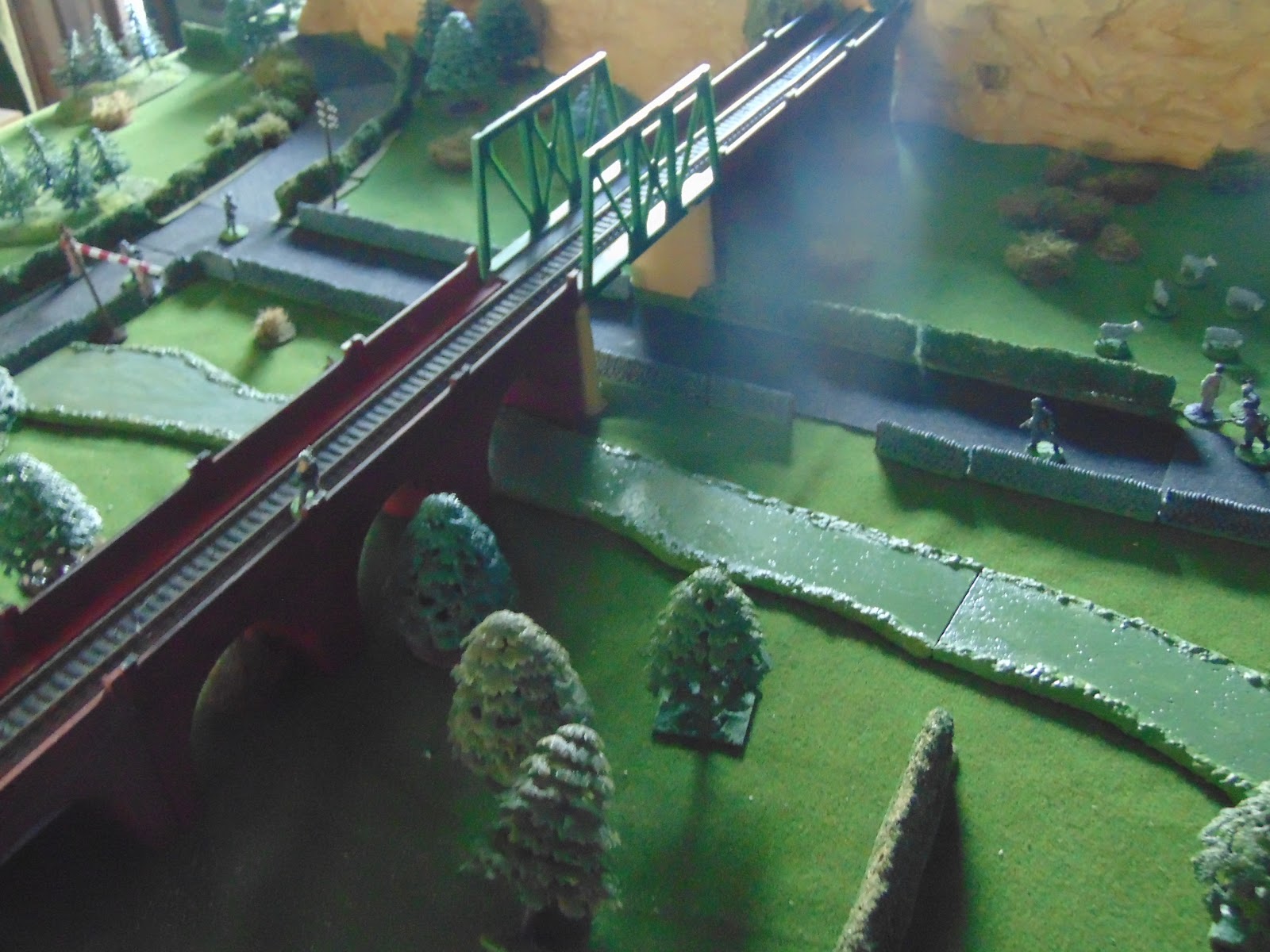 So Random patrols were still taking place , but there seemed no signs of heightened alert. 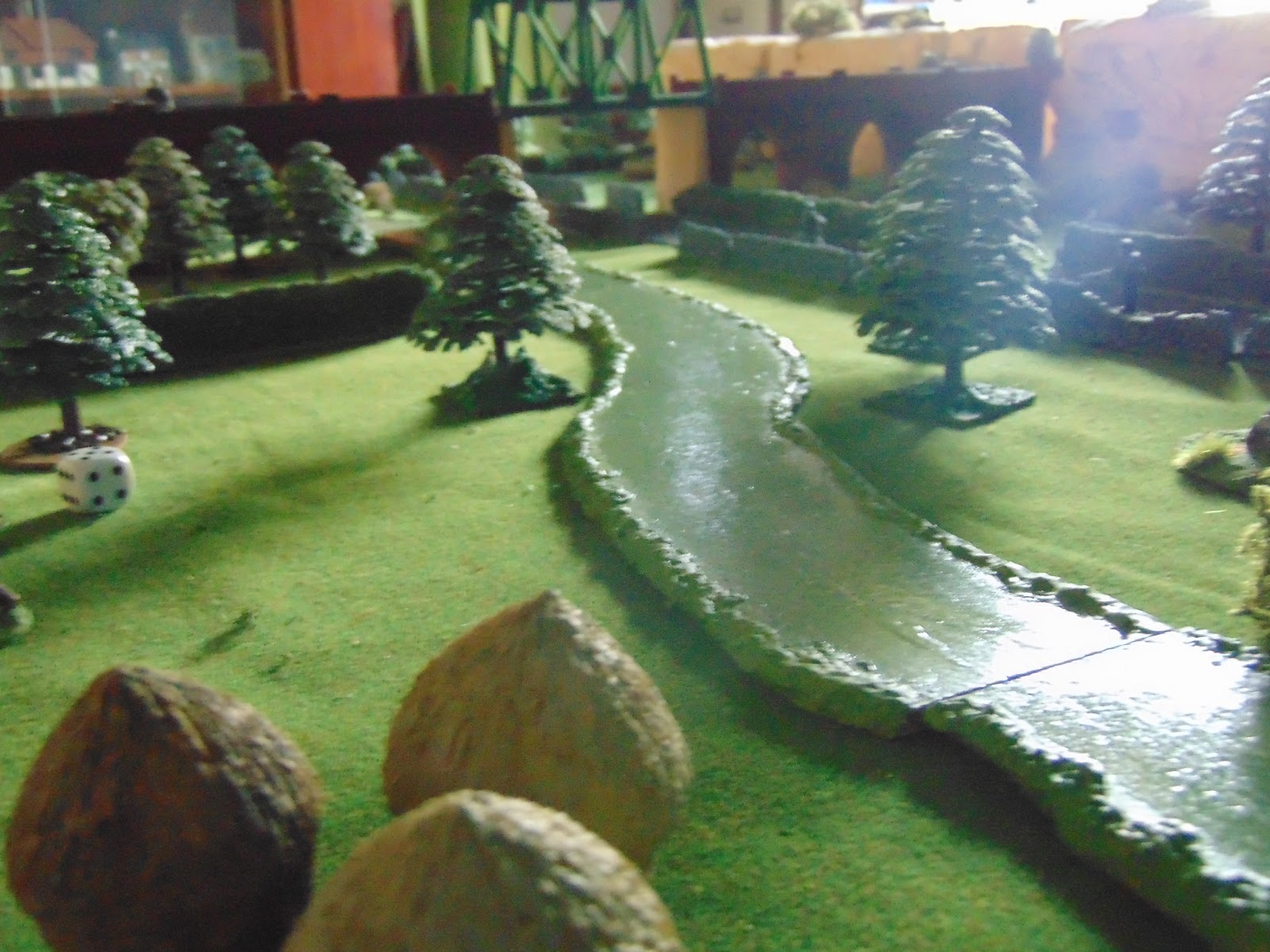 The best approach still seemed to be along the river bank.
Returning home to the other members of the group, they made their final plans for the attack.
To be continued.....

Whats on the line ?

Jacque Poulet (undercover SOE Agent) working on the railway, heard the word that the main line would be cleared that evening for a special German armaments train.  Later on he met up with Monique and as darkness fell they headed up to the edge of town.. 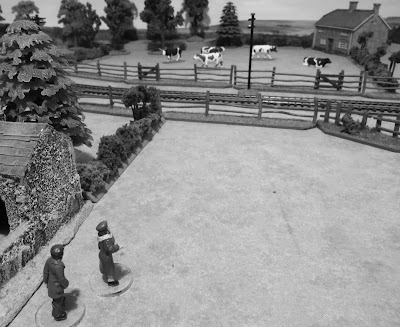 They waited in cover by a platelayer's hut; about 15 minutes later they could hear the train approaching. Two tank engines came into view pulling a Nouvion bound train, they couldn't see much else in the gloom... 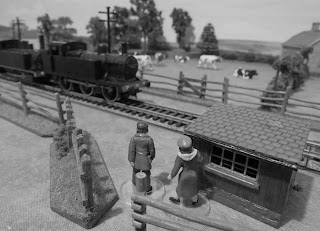 then as a couple of goods wagons passed them out of the gloom loomed a large German railway gun... 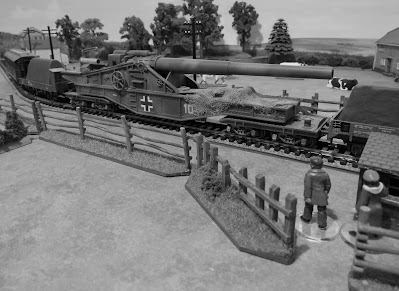 Jacque and Monique headed back to town, a radio message had to be sent - the Germans looked like they were setting up a battery of railway guns near Nouvion.  They already knew of one possibly working out of a tunnel on a disused branch line, the one they'd seen that evening would make two in the area .....
Posted by tidders at 7:23 AM 2 comments:

Some more additions to the 28mm German collection... 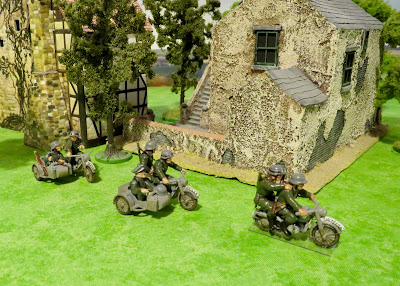 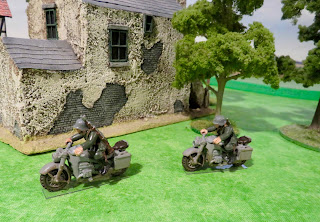 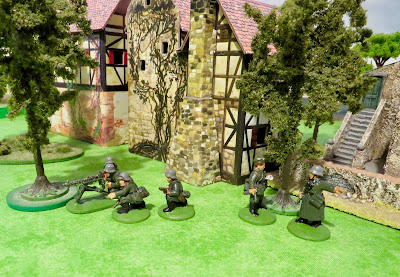 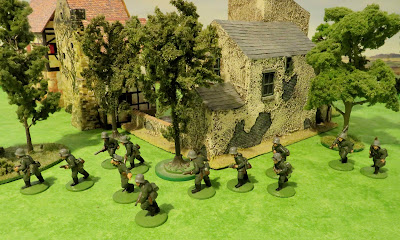 That tops up the germans, ready now for most anticipated small game scenarios...