Another session and the initial lot of German tanks is finished. Actually more panthers than I planned, but finding them for sale at £2.50 each at a Toy &Train fair was too much temptation. 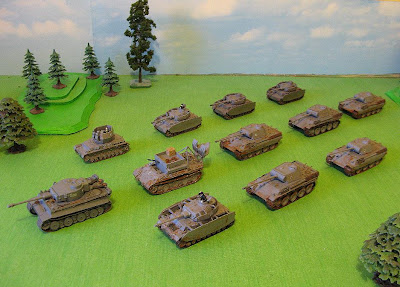 Its taken a while but now all the British tanks and support vehicles I plan to have for the amoured regiment have been completed.

Support vehicles and a couple of Stuart light tanks for recce ..

Tank regiment on the move .. 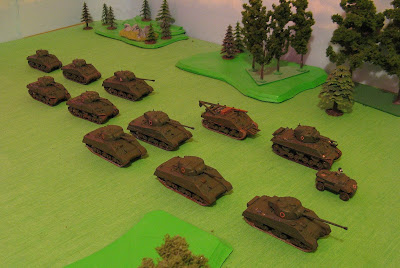 {tanks and vehicles are a mixture of Amorfast/Airfix/Skytrex and die cast items, Sherman ARV is scratchbuilt based on an Airfix kit;
Posted by tidders2 at 1:12 AM 1 comment: